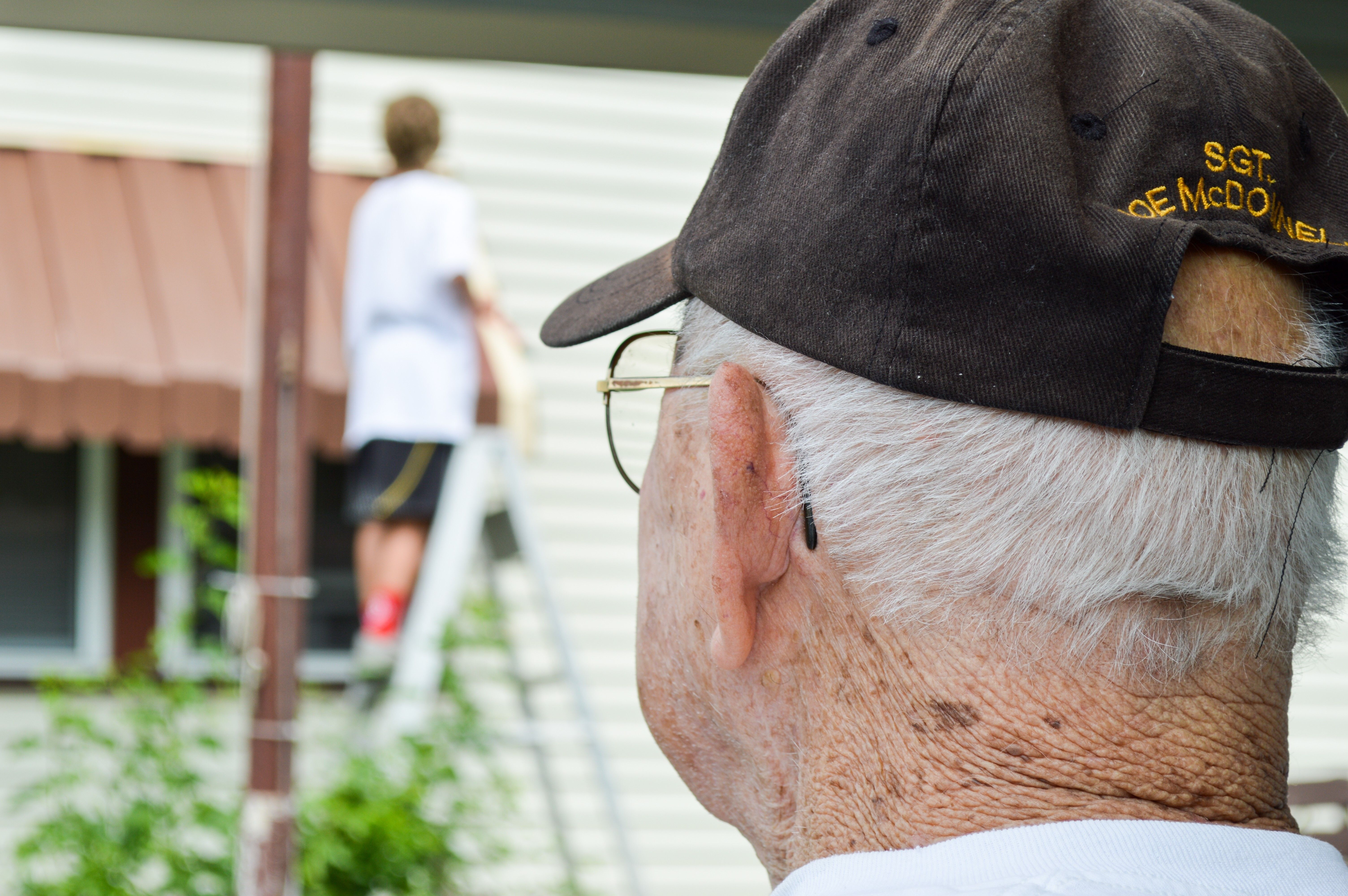 Joe McDonnell, one of our first Aging in Place clients when the program was launched in 2018, and neighborhood anchor in Scranton, tragically passed away on Sunday, January 15, 2023 at the age of 96.

He was raised in Pittston, the son of the late Joseph and Martha McDonnell, and attended Pittston schools. He proudly served in the United States Army, rising to the rank of sergeant. During World War II, he was a member of the 101st Calvary Reconnaissance Squadron, Troop C, assigned to the Fifth Armored Tank Division. He fought heroically in the Battle of the Bulge and throughout the European theater, and was released in 1946 with four combat stars.

Joe was a great woodworker who worked for Monarch Casket Co, and also worked as the grounds superintendent at the University of Scranton until retiring. He was also an avid Las Vegas Raiders fan, and he was known for his many delicious culinary creations including canned peppers, antipasti and zucchini pizza. He lived with Joan, his wife of 44 years, in a quaint home in North Scranton.

NeighborWorks assisted Joe and Joan by installing a downstairs bathroom in 2018 to help make their home more accessible to them.

You can learn even more about the incredible life of Joe in this column in the Scranton Times-Tribune.