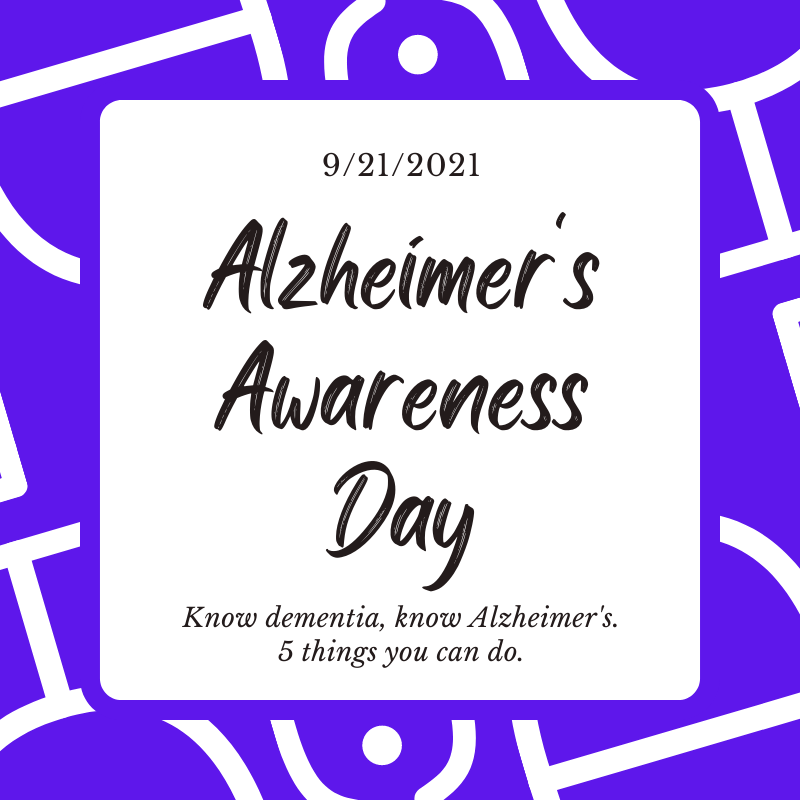 World Alzheimer’s Day falls on September 21 during World Alzheimer’s Month. On this day, health organizations across the globe come together to raise awareness and help in the fight against Alzheimer's disease.

Alzheimer's disease is an irreversible, degenerative brain disorder that gradually destroys cognitive abilities such as memory and thinking skills, and eventually the capacity to do even the most basic tasks. It is the most prevalent cause of dementia in older people, with over 44 million people estimated to have it globally. While dementia becomes increasingly common as individuals age, it is not a normal component of the aging process.